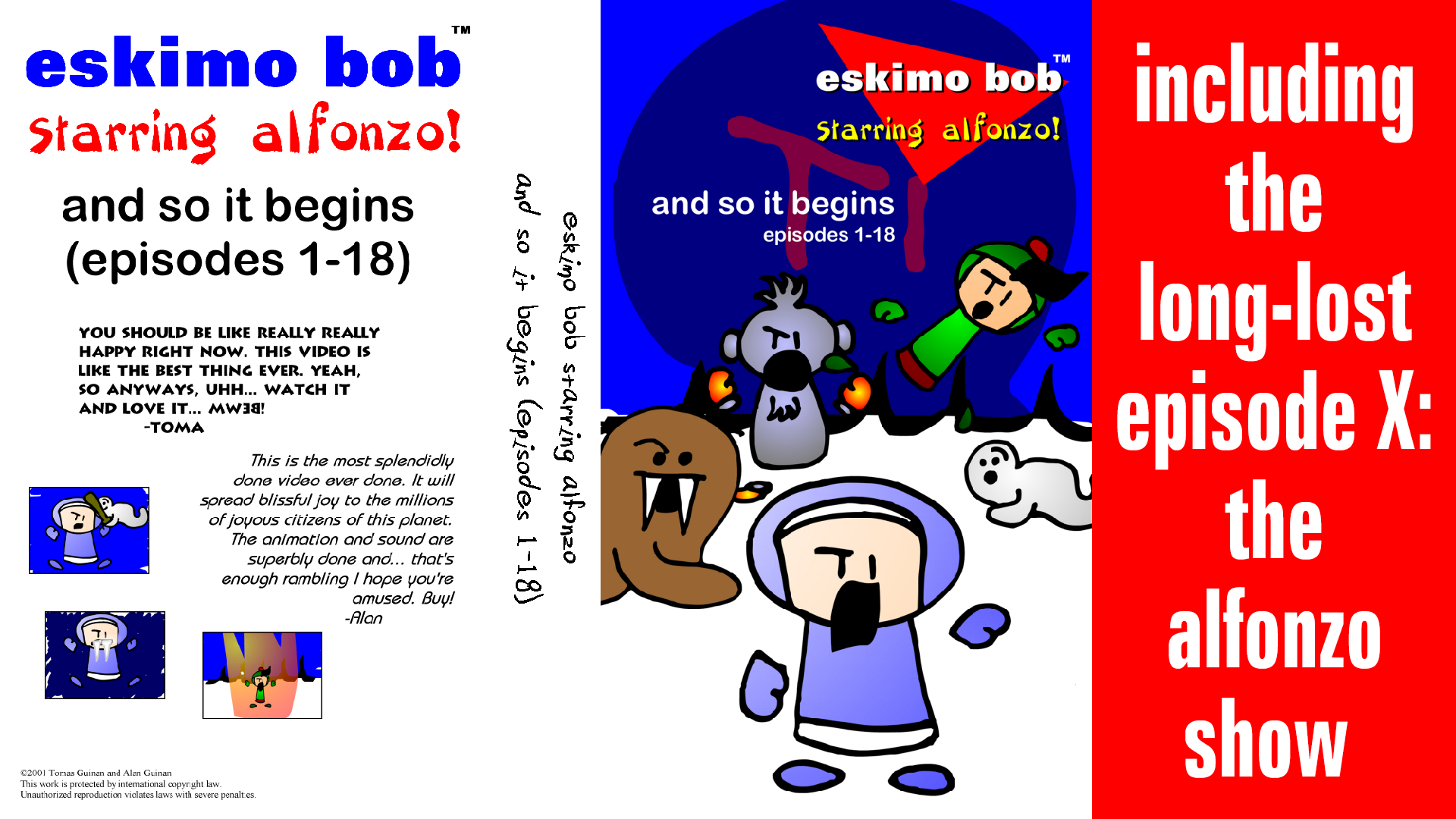 The first episode of Eskimo Bob was released on January 17, 2001. That means Eskimo Bob’s 20th anniversary takes place in just under two weeks. To celebrate, we will be posting the VHS release of Eskimo Bob on YouTube on January 17, 2021. This video contains episodes 1-18 of Eskimo Bob with enhanced music and sound effects along with bonus material, including the long-lost Episode X: The Alfonzo Show! As the original source files to the VHS version have been lost to the ravages of time, this video will be presented in a glorious 4:3 aspect ratio at 480p. Thanks to the amazing Phelan Porteous for providing the video transfer.