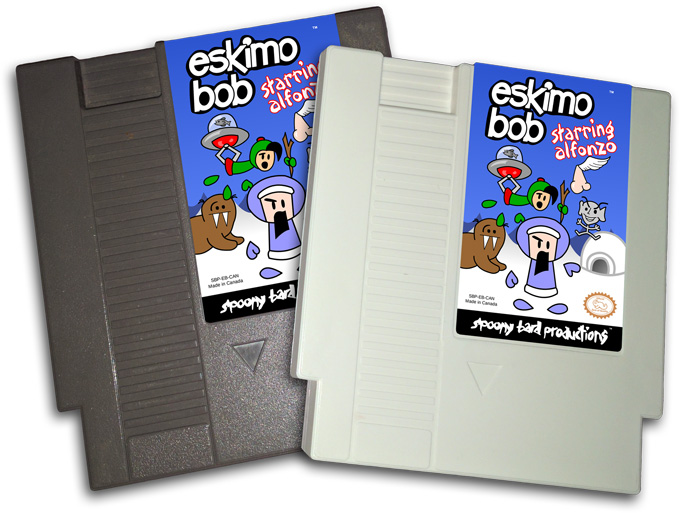 I have just launched a Kickstarter for the Eskimo Bob NES game!

Eskimo Bob for the NES is an arcade-style puzzle-platformer with 64 levels, 15 enemy types, two playable characters, two support characters, and a fully functional password system allowing you to save your progress the good old-fashioned way.

I wanted to be sure that this game would be true to the spirit of the original series instead of feeling like a retread of an existing NES franchise. Bob ends each level with a huge burp, Alfonzo pokes things with his stick, the fish in a spaceship grabs you with his claw, and Maurice the pigeon poops on your head. Every gameplay mechanic was designed to feel familiar and natural to both fans of the original series and newcomers alike.

Please take some time to look at the project and consider backing. Thanks!